It’s a pretty new crag bolted by the local climber “Nello” in Summer 2008. Bolted for sport climbing, with bolts 10 mm.

Limestone is never greasy, and it’s generally good to climb. Some pieces were fixed to improve the sealing on serious holds, which was very well maintained.

Most routes (grade between 6a+ and 6c) are between 20 and 25 meters long and were bolted in 2008. Other routes were built up more recently. In the Summer of 2019, that same year, a multi-pitch route was put up, “L’Albatros,” three pitches. It offers to this little crag the entirety of a training place for every kind of climber (the route is a trad route, there are bolted belays, and medium and bigger cams are recommended until 4BD).

This crag is great for the climber who loves strength routes, who is fluent on a 6b/6c and likes to be pumped after the training. The routes start with a vertical inclination to become more overhanging on the top. They never end up with a severe inclination or with a proper roof. The route “L’incompreso” (6c) has to be considered; it tests even a slab lover (the crux is on the slab near the 3rd bolt, then it’s all strength on good little holds).

Maybe the symbol route of the crag is “La Serpe” (6b), a medium-level route for this crag standards. It will test your forearms!

The three most accessible routes are located on the right of the crag. In order from the right: a short 4 (8 m), 5b+ (c.ca 20 m) with an immediate and quite difficult finger-passage, 5b (c.ca 20 m) with the anchor in common with the other 5b).

This is a little crag representing a meeting place on long Summer evenings for local climbers. Thanks to the close approach, 0 km, it permits you to join the crag even just for a smash and grab; It offers a fresh microclimate because of its exposure on the East side and the close Chiese river. A bug spray could be helpful!

It is necessary to say that every year Valsabbia Climbing A.S.D. plans an event, Travata by Night, that traditionally takes place in June. It’s a long climbing night, from the early evening to late night. For the occasion, lights are usually set up to permit climbing in the dark, then beer, music, and food ensure the entertainment.

Reached the center of Barghe, turn right on the “old” bridge (the only one you can see in the center of the village), which crosses the Chiese river. At the intersection, turn right and go straight for c.ca 200 meters until the unpaved road. There is a bar.

At the bar, park the car: even if the bar is open, it is forbidden to go through by car.

The crag is situated just at the end of the unpaved road, 200 meters on foot. 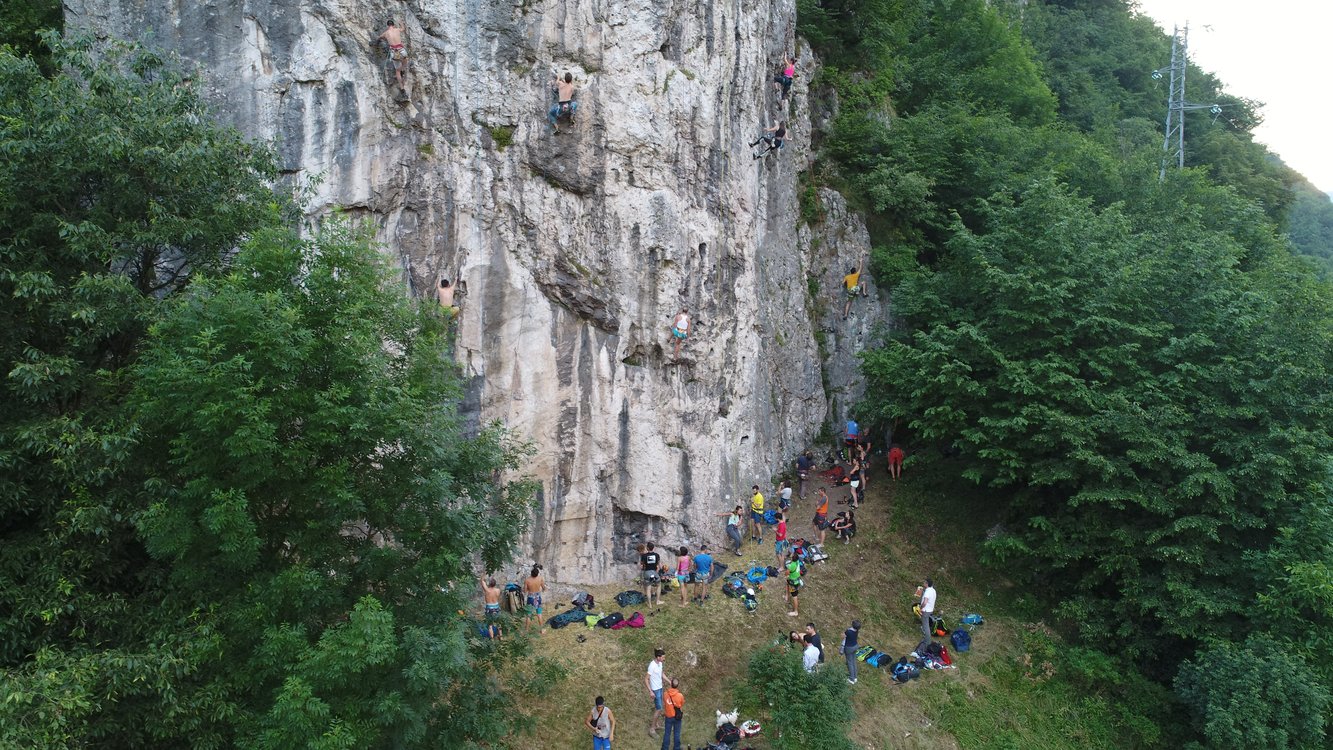 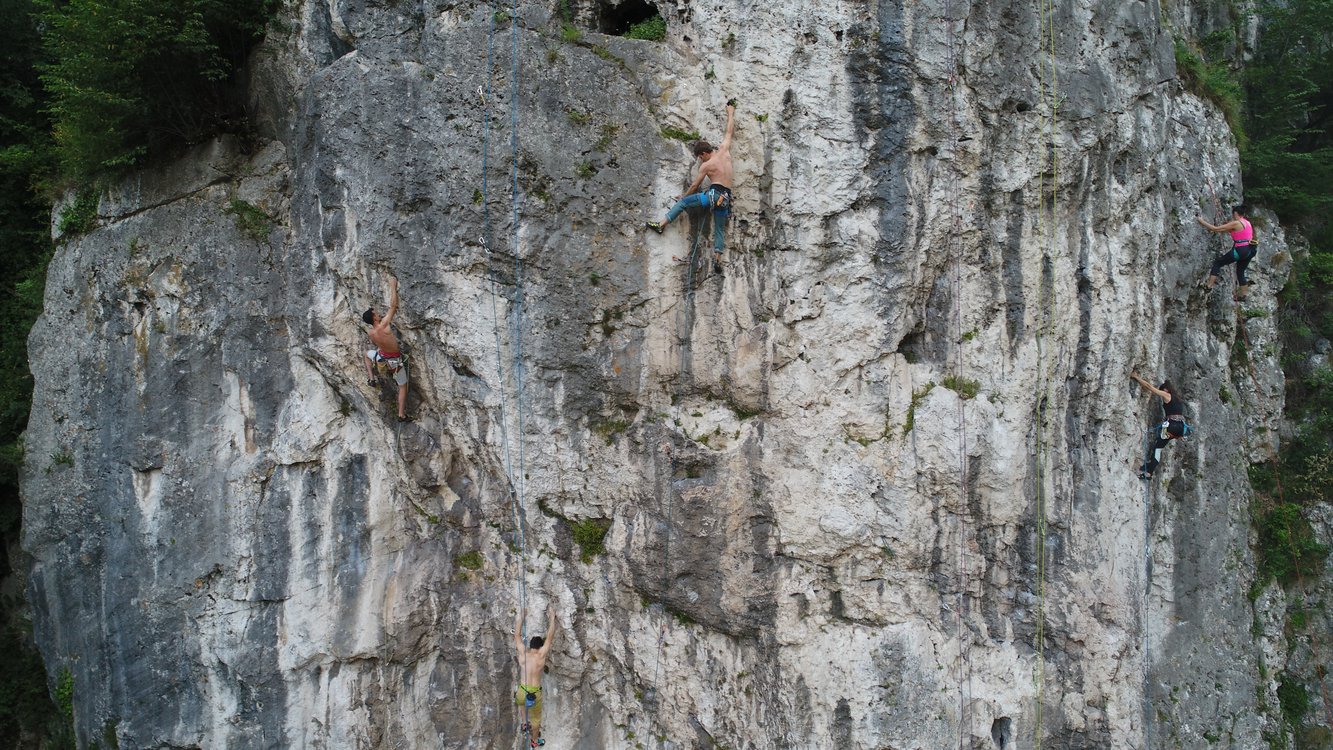 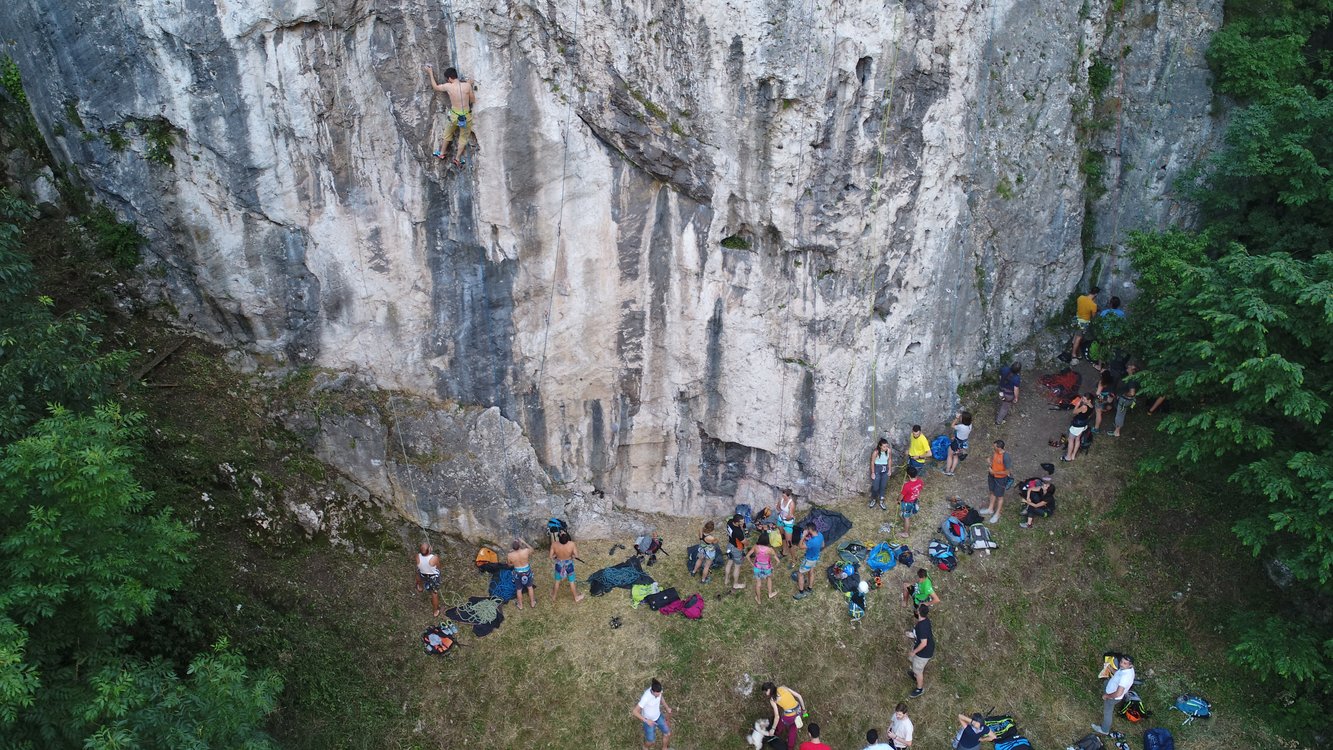 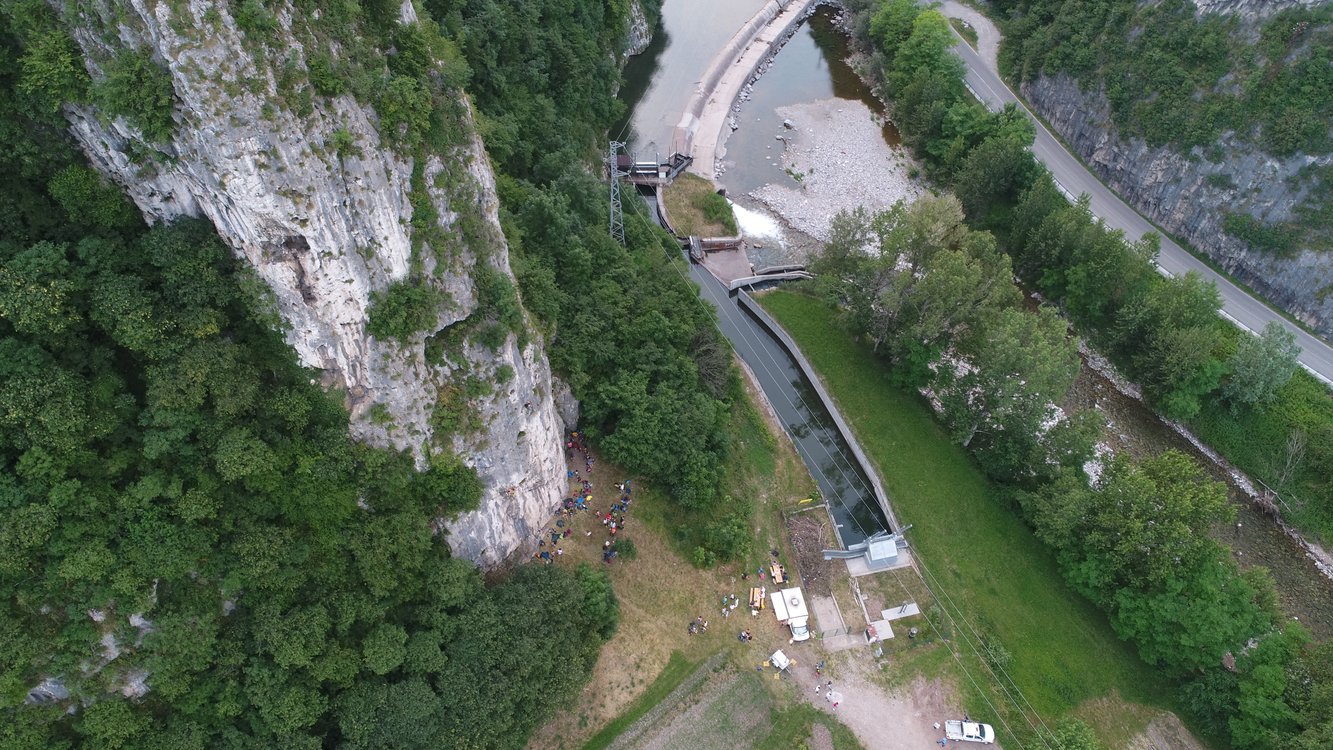 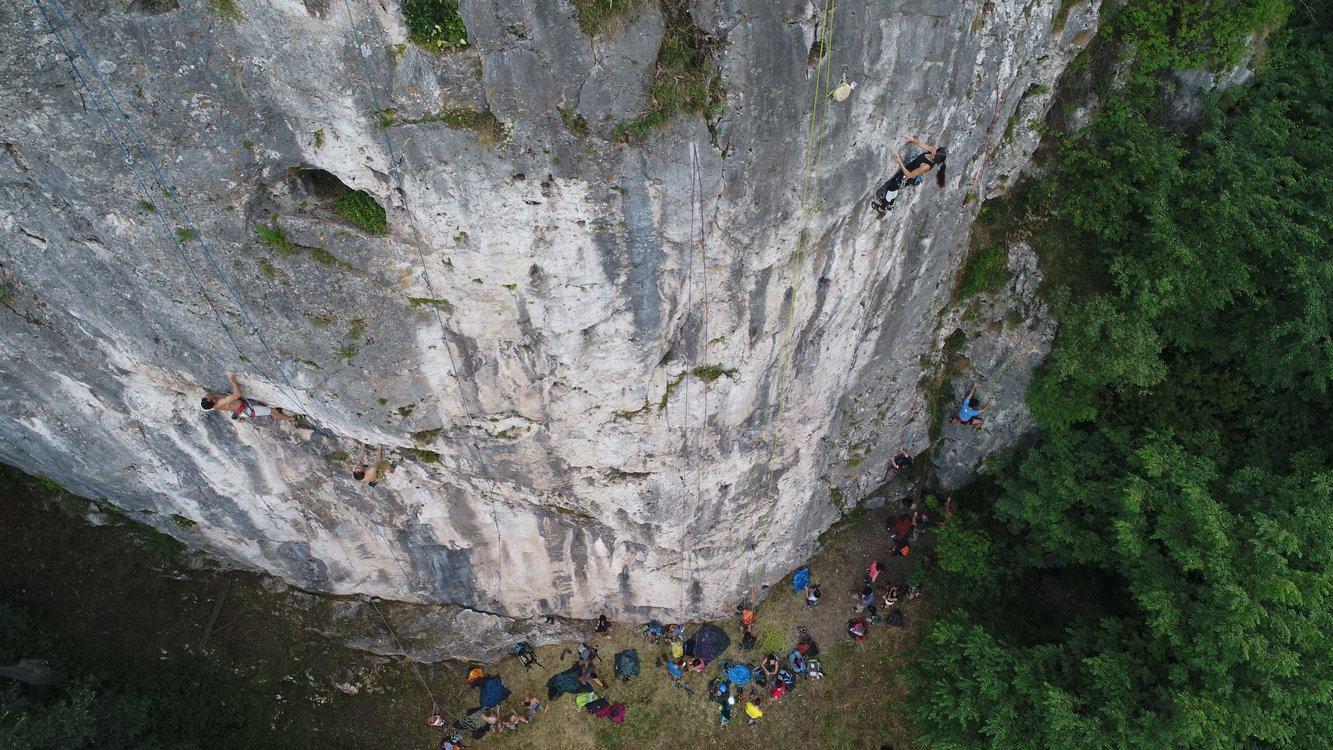 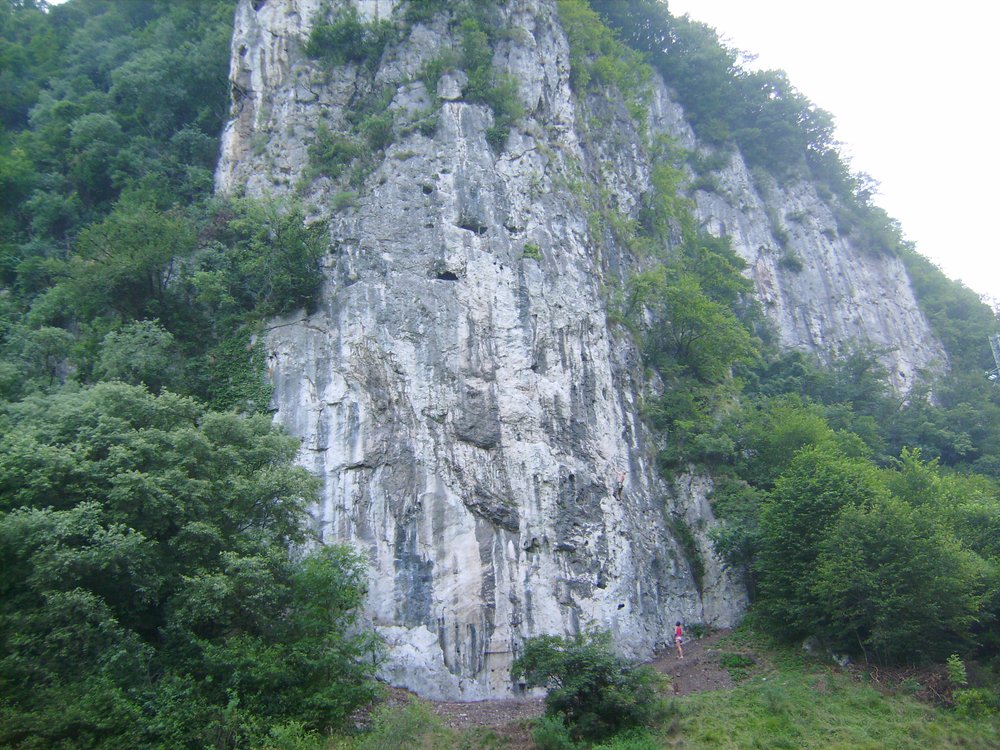 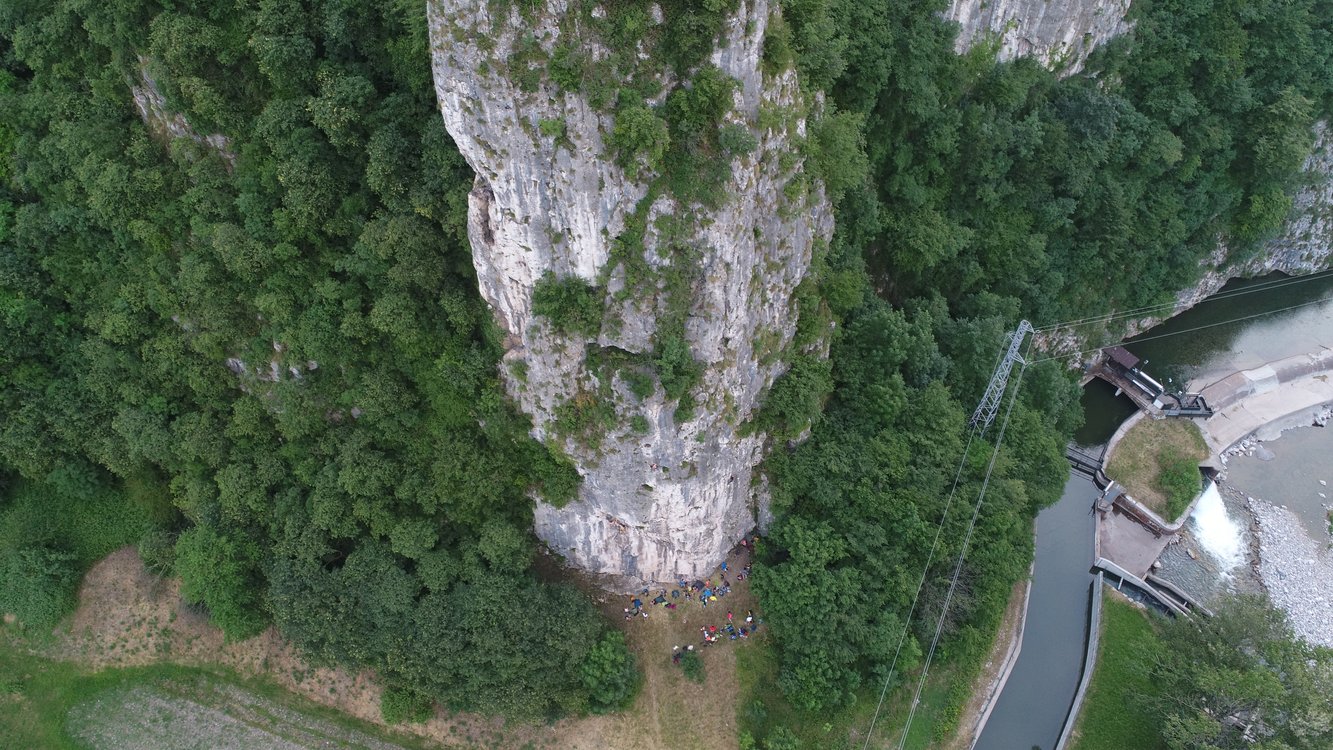