The crag consists of a slightly overhanging slab on its final part, and it has a flame shape well visible from the opposite side of Lake Idro.

The base is made up of a little plateau, where berths for boats have been placed, from which it’s possible to dive, considering that the rock, at that point, sinks in the water.

It’s suitable for Summer use, being sheltered from the sun until the first hours of the afternoon.

Thanks to the Eridio Sub group, it has been equipped and bolted by Riky Zaliani.

The crag is situated at water level, a few hundred meters after the area Prà de la Fam, on Sasse walls which overhang the lake; it’s reachable by boat or, in a couple of minutes, from the Via Ferrata, starting in the hamlet of Vesta, by way of the crag Corna di Fenere. 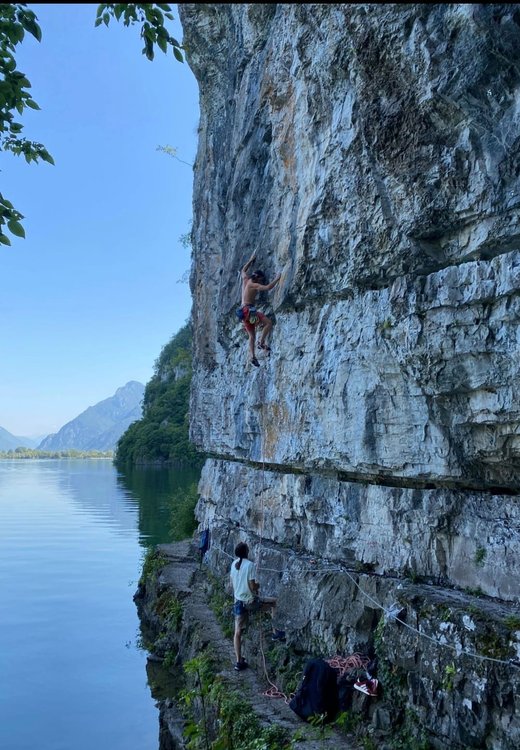 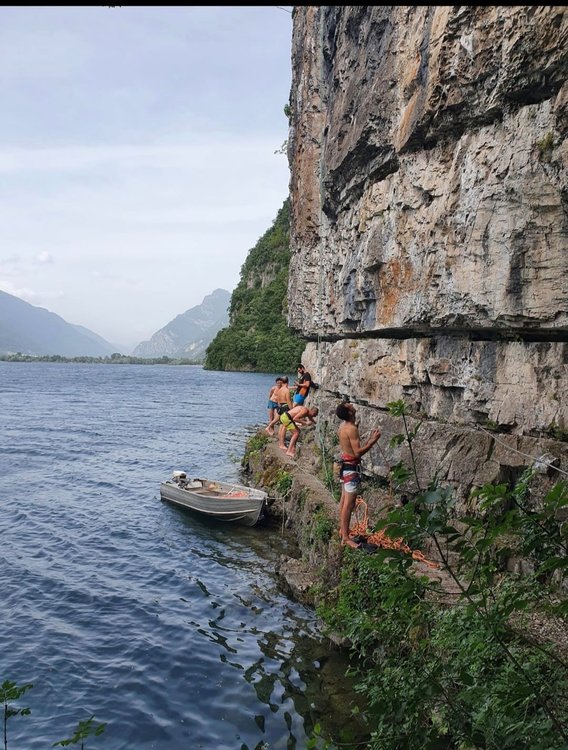 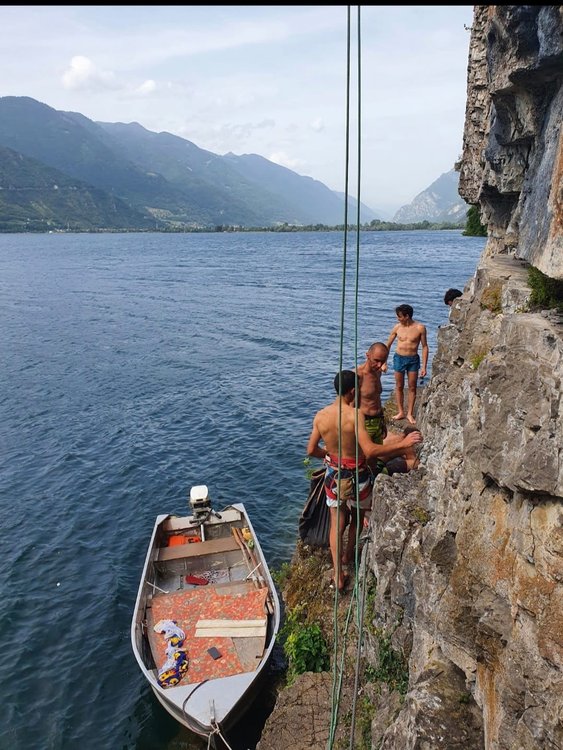 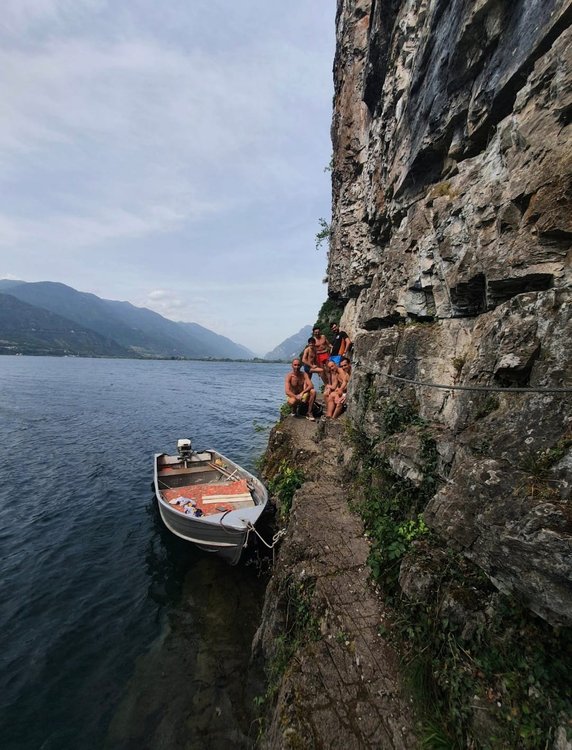 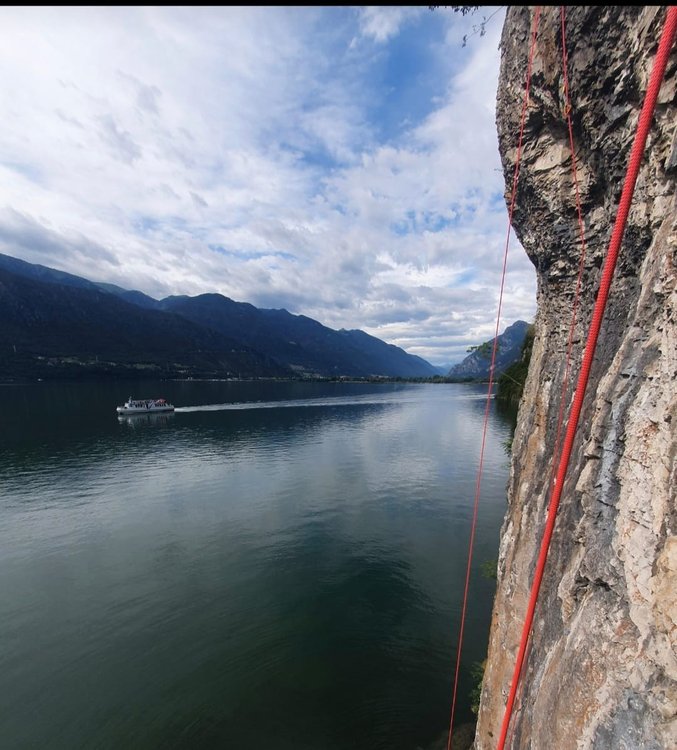 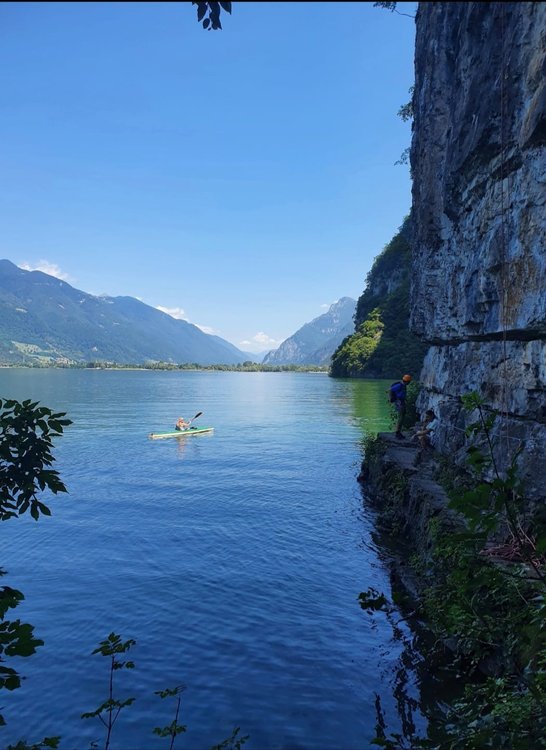 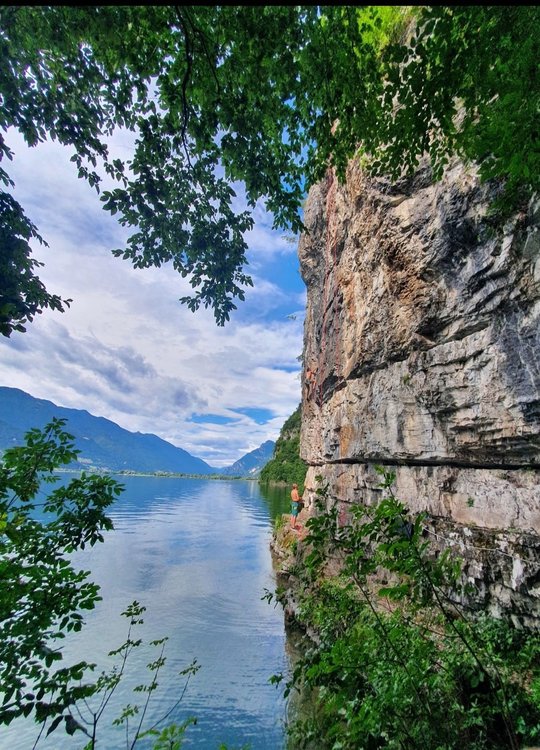 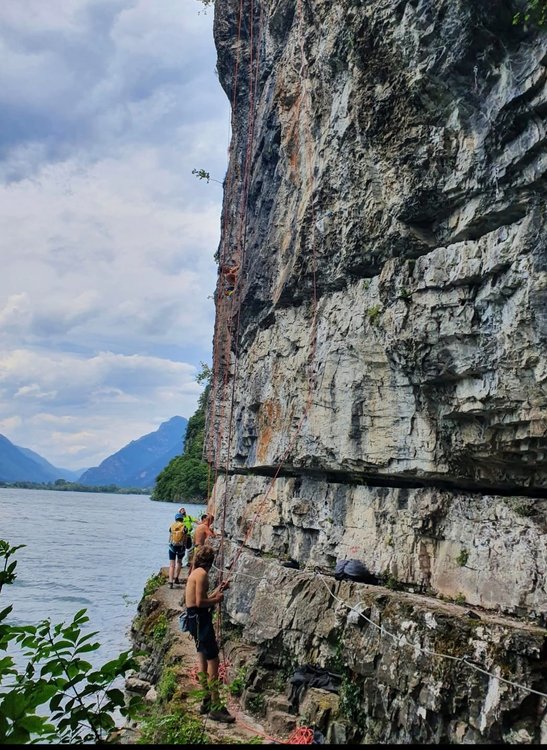 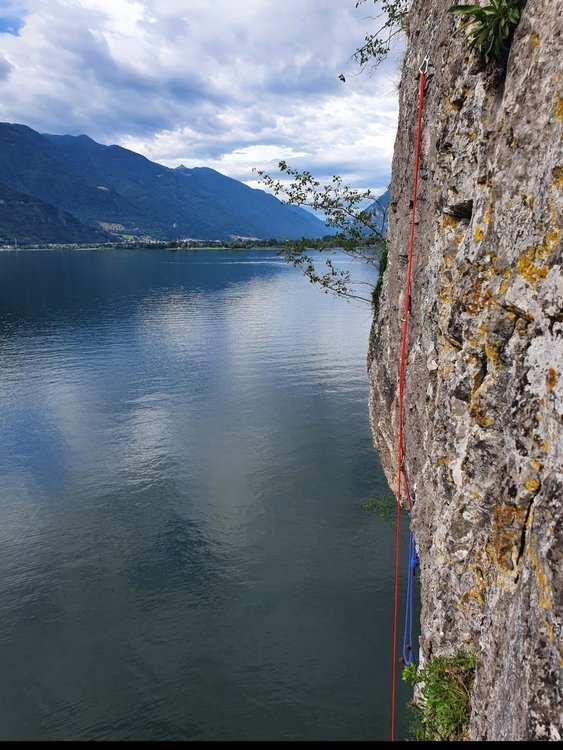 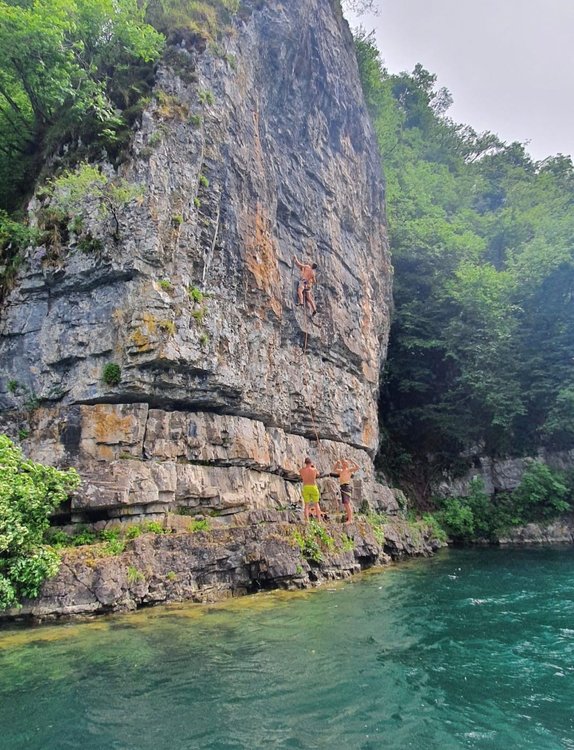