The legend says that in the early '90s Ermanno Francinelli and friends placed a bet on the possibility of climbing the horn "Sot Serel" with some other climbers from Provaglio, but it was just an excuse, in reality, to climb with friends and put up some new routes altogether. The first route was bolted in the right sector; some hangers are still there to testify that bet.

The year 2007 was the turn of Eros Zanotti and Roberto Pasini, two guys from Provaglio VS, who recovered and maintained the abandoned footpath and put up other routes.

Next year, Cesare Ligasacchi and Andrea Facchetti put up their route: “I Cugini”.

It was in the year 2014 when Sergio Alberti and Lucio Facchini, with the bolter Beniamino Giori developed a new sector, a cool amphitheater with a little cave, which could be used as a shelter in case of spring rain. Hard work of removing ivy has been done, which had invaded all the crag. It was such a difficult job that a route was dedicated to the ivy, "Edera."

At the same time, Antonello Liotti put up four routes just after the principal face.

The routes go from the 5° to the 7° grade, and their height is quite humble, if not for four routes on the right, in the "Obelix" sector, which can rise 30 mt height. The crag faces South; it is perfect for climbing on sunny Winter days; the fantastic sight of the valley and the little view of the lake are icing on the cake for this crag.

Reach Barghe village and take the road to Provaglio Valsabbia, which reaches on the right in front of Barghe bridge.

Go straight on the same way until the "Arveaco" zone, 50m after the café "Angol," take the road to the right and follow indications "Monte Besume."

On the top of a steep concrete hill, there is a large clearing and a lawn where it's possible to park the car (ATTENTION: in case of ice on the road during winter months, leave the car on the way where it's possible). Walk straight through a path hidden behind some barns. After a few meters, turn right, where the word "Falesia" has been written on a sign. After 15 minutes of walking halfway, there is the first sector. 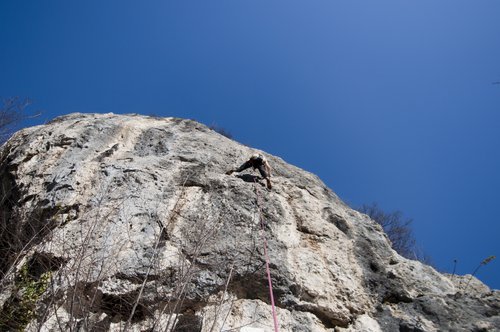 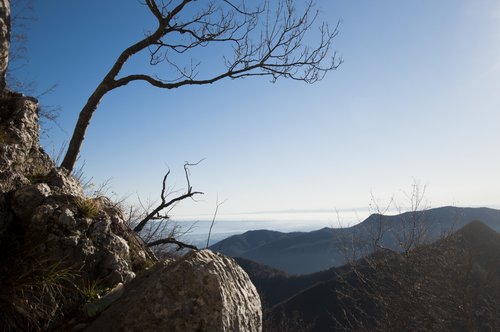